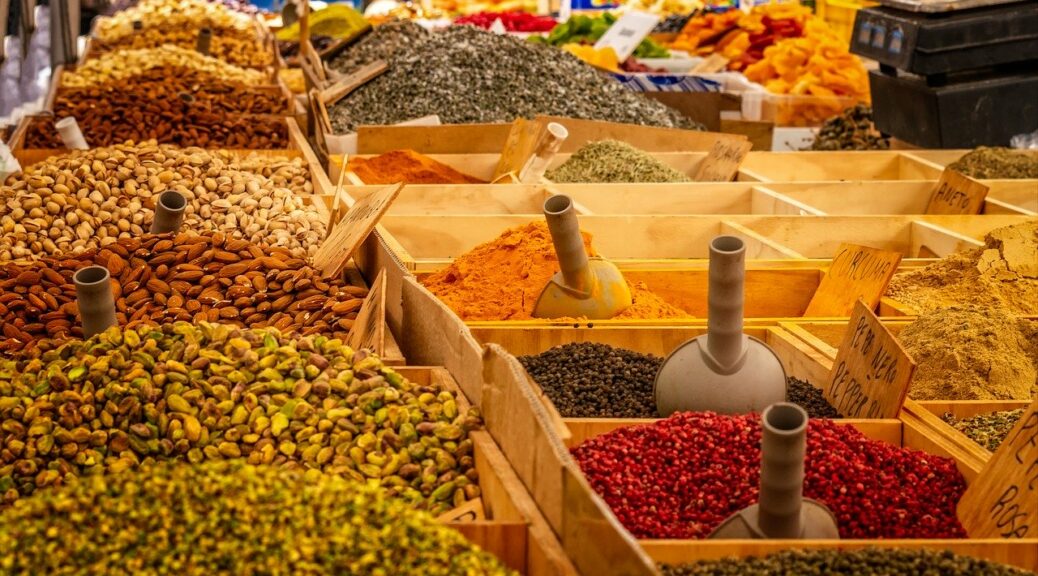 Several centuries ago, herbs and spices were considered to be more precious than gold and silver. Not only do they have traditional roles to play in various cultures, they boost your health with a nutritional punch while they enhance your meal with flavour. Even modern day dietitians and nutritionists suggest cooking with the best herbs and spices for your health regularly, because of the presence of photo chemical in them.

These compounds, from different plants, herbs and spices, known as essential nutrients, have also been used in traditional medicine, to fight illnesses and diseases.

So reach out for your spices to season your palate and cut back on unhealthy ingredients. Here are the five picks which should make way to your pantry!

Ginger is a staple ingredient in households all around the world over time. The roots of this tropical plant have been used in a variety of dishes in Asian countries for thousands of years.

Ginger has a calming effect on your digestive system. So not only does it bring a certain zing in your meal, it also eases an upset stomach due to diarrhoea, nausea and even morning sickness. Studies show that this ingredient has anti-inflammatory properties that may play a vital role against diseases like cancer.

Ginger comes in various forms for your use. You can buy it off the aisle for spices in any grocery store or get the fresh root in your local farmers’ market.

When you buy fresh ginger, look for the root which has firm, light brown skin opposed to those which are wrinkled. You should store these roots in cool places for longevity.

You can add this spice, with a thin slice of lemon, in your tea to fight a cold too!

Tips: Grind the ginger with a mortar and pestle to bring out the zingy flavour. Add it at the beginning of your cooking process if you want a subtle note or towards the end for a stronger hit.

I love the zesty taste of ginger and especially the tingling feeling on your tongue. Basically I include it in most of my meals, I drink ginger tea, freshly made and also purchase individually wrapped tea bags. I add ginger root or powder to nearly every dish, eat ginger candy, drink ginger beer etc.

If you are a fan of curries or tandoori (yum, yummy), you should know what turmeric is.

This yellow spice never fails to catch your eye and is a common ingredient used in many Asian cuisines. Indians use it to make masala, Japanese use it in tea and Moroccans make a traditional saffron infused tea with it.

Its popularity stems not for its flavour but the presence of curcumin. Curcumin is an antioxidant that prevents inflammation, slows down the process of Alzheimer’s disease or arthritis, and fights against dementia and depression.

Turmeric has a mellow taste but leaves a vibrant colour in all your meals. Turmeric is said to fight against the common cold so sprinkle some to a glass of milk and drink up, ideally before bedtime. Turmeric has recently appeared in lattes and has been an absolute hit!

Tips: Always add turmeric before you add the rest of your spices to your meal. Heat some oil in your pan and mix some turmeric with it.

I got addicted to spicy food and turmeric after visiting India, and for years I have been adding turmeric in the preparation of many dishes. Recently I started adding half a teaspoon to warm water and drink it in the morning or having it with milk as described above in the evenings. Now this is part of my daily routine and it is also very good to improve your immunity in these horrible days of Covid-19 corona virus.

Fresh, dried or powdered peppers always add a kick of flavour to your dish. While red peppers indicate the plant is ripe and somewhat sweet, green ones are not fully mature and have a spicier aftertaste.

Peppers are rich in vitamins that improve your eyesight and prevent you from catching a cold. Consuming pepper ensures your body is properly absorbing iron.

Pepper is reputed to protect you from prostate and lung cancers.

What is the best part about peppers?

It is said to increase your metabolism which will allow you to burn more calories without increasing your heart rate or blood pressure. Pepper has a pungent aroma and a strong flavour that is commonly used to prepare sausages or pickles along with regular meals.

Tips: Sprinkle some pepper in your spicy cake mix for an added depth of flavour!

I like to mix coloured peppers, and one of my favourite dishes is vegetable stir-fry chow mein, where I slice the peppers in long strips and then mix in a wok with other spices and finally add the noodles. Delicious!

Smelling cinnamon should hit you with a wave of nostalgia reminding you of delicious apple pies or warm pumpkin spiced lattes.

Cinnamon has a long culinary history with a plethora of uses.

The bark of a cinnamon tree not only brings a hint of sweetness to your food, it can also be used to prevent meat from decomposing. Individuals suffering from high blood pressure use cinnamon as a sweetening ingredient to their drinks or meals. It is reputed to have some health benefits starting from reducing cholesterol levels to preventing the risk of heart diseases.

Cinnamon is an inexpensive ingredient that can be used in practically any dish or drink. It is now commonly used in coffee or tea to enhance their flavour and leave a warm aftertaste. Cinnamon sticks last you for a year while ground cinnamon powder can be used for five to six months depending on the supplier.

Tips: Add a cinnamon stick to while you are heating milk for any purpose for an underlying hint of cinnamon. Sprinkle some powder on top of your coffee for added flavour.

I use cinnamon sticks with turmeric root, ginger root and lemon to make a healthy detox drink by boiling them in water. When ready and after cooling the mix a bit, I add raw honey. Try it!

Cardamom is a common ingredient in the culinary industry as well as the medicinal one.

This spice is a common ingredient used in almost all Middle Eastern and Arabic dishes. Its unique flavour can be used in both savoury and sweet dishes. It is also used in several drinks such as coffee or tea.

Cardamom has antibacterial and anti-inflammatory properties that protect you from chronic diseases or illnesses.

Cardamom can be found in various forms including the cardamom essential oil. This deserves a special mention because this oil prevents many bacteria and fungi from entering your body. Cardamom is widely used by many to prevent cavities from forming and decreasing bad breath.

Cardamom pods are widely used because it imparts the maximum flavour and aroma. If you want the cardamom flavour to dominate your dish, then you should opt to buy the powder form instead.

Tips: Cardamom powder loses its aroma quickly. You can make your own by taking the seeds out of the pods and crushing it. The process ensures your meal is a flavoursome one.

I enjoy the smell of cardamom and include it often in savoury and also sweet dessert.

herbs and spices in any form have properties beneficial for your health. So grab a few from your local market or grocery store and elevate your cooking to the next level!

2 thoughts on “Best Herbs and Spices for Your Health”

Use Your Discount Code In Our Merch Store