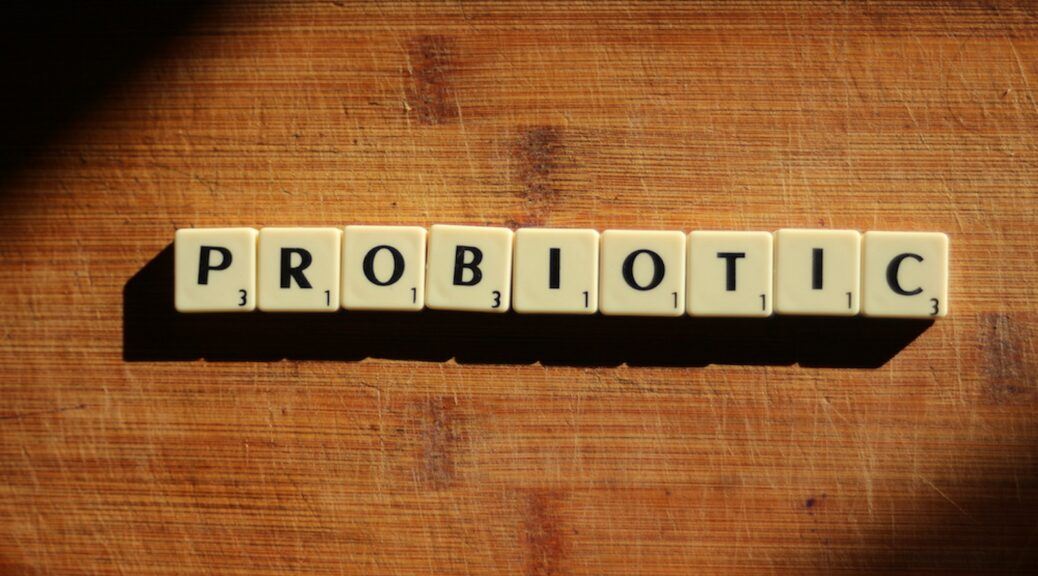 Contents hide
1 Introduction
2 What are Probiotics?
3 What are Postbiotics?
4 Probiotics and Prebiotics: Two Peas in a Pod
5 How to Select a Good Probiotic Supplement
6 Probiotics Are Found In Fermented Foods And Drinks
7 Some Foods That Contain Probiotics
8 Can You Boost Your Body’s Production of Postbiotics?
9 Conclusion

The human microbiome is a term used to describe the bacteria and other microbes that live on and in your body. It’s estimated that there are 10 times more microbial cells than human cells! Recent research has shown that these microbes can have profound effects on our health, particularly in the digestive system.

Probiotics are commonly found in fermented foods like kimchi or sauerkraut—or taken as a supplement orally ingested (i.e., consumed in food or drink).

Probiotics are live microorganisms that provide health benefits to the host.

Probiotics are living microorganisms that pass through your digestive system and into the gut, where they help with digestion and brighten your skin.

They don’t just help with digestion, but also with the immune system, skin health, and mood.

They are found in fermented foods such as yogurt, kefir, kombucha, and sauerkraut; and in supplements.

Probiotics are available in many different forms including tablets, capsules, powders, liquids, and gummies.

The term “probiotic” comes from the Latin word pro- meaning “for” and biotic meaning “life.”

The most common type of probiotic is Lactobacillus acidophilus which is found in several different types of fermented foods such as sauerkraut or pickles.

Probiotics are often referred to as “good bacteria” or “good germs,” but these terms can be misleading. The most important thing to keep in mind is that they have an overall positive effect on your health by increasing the number of natural beneficial organisms inside you and reducing harmful pathogens like Clostridium difficile (C.diff) and pathogenic E. coli strains (EC).

In other words, they help maintain the balance between good and bad microorganisms within our digestive tract—a state known as homeostasis—which is critical for the optimal functioning of our immune system, metabolism, and physiology overall!

Postbiotics are the byproducts of probiotic bacteria that remain in your body after the initial administration of a probiotic supplement ceases. They’re not inherently present in your body; rather, they’re produced internally by your gut flora.

Postbiotics are Byproducts of Probiotics That Can Improve Gut Health on Their Own.

A postbiotic is a chemical compound produced by microorganisms in the large intestine after they’ve eaten up a meal’s worth of dietary fiber, which they’ve then fermented into short-chain fatty acids (SCFAs).

SCFAs are known to have positive effects on immune function, metabolism, and overall good gut health.

Some research has shown that taking postbiotics alone may help treat or prevent conditions like obesity and type 2 diabetes. However, there’s still not enough research about how much benefit you’d actually get from taking them directly for them to be considered effective treatments for these diseases yet — so it’s probably better to focus on getting more fiber into your diet through whole grains and vegetables instead!

Probiotics and Prebiotics: Two Peas in a Pod

They both play an important role in gut health, but for different reasons.

Probiotics are live bacteria that take up residence in your gut and help keep it balanced. Prebiotics, on the other hand, are non-digestible food for probiotic bacteria — they can be fibers (like plant stalks) or sugar molecules that pass through your intestines undigested by you (or any other part of your body). This makes them a great way to feed the good bacteria already living there!

Probiotic foods have come into their own over the last few years as people search for ways to improve their digestive health. And while prebiotic foods aren’t quite as popular yet, they’re just as important when it comes to keeping things running smoothly in your digestive system!

How to Select a Good Probiotic Supplement

If you’re looking to improve your gut health with a supplement, here are some things to keep in mind:

Probiotics Are Found In Fermented Foods And Drinks

Probiotics are commonly found in fermented foods and drinks such as yogurt, kombucha, sauerkraut, miso, tempeh, and kimchi.

Probiotic-rich foods are also available in supplement form. These supplements may be helpful for those who don’t consume enough of the right types of food or have trouble absorbing the nutrients from their diet.

However, if you’re looking for a probiotic supplement to use as part of your daily routine or on a regular basis—or if you want to add these beneficial bacteria to your diet but aren’t sure where to start—you should know that there are some key differences between probiotics and postbiotics:

Probiotics are generally found in fermented foods (like yogurt) that have been prepared with a specific culture of microorganisms called “probiotic cultures.” They can also be found in supplements containing active cultures like Lactobacillus acidophilus.

Postbiotics come from prebiotics (i.e., nondigestible carbohydrates), which feed the good gut bugs while they help prevent bad ones from taking over your intestines.

Some Foods That Contain Probiotics

Can You Boost Your Body’s Production of Postbiotics?

You can easily boost your body’s production of postbiotics with good nutrition.

Eating a wide variety of fruits and vegetables, including some fresh (not canned) tomatoes, oranges, strawberries, and leafy greens is critical to providing the raw materials that make up postbiotics.

With fiber playing such an important role in gut health it’s important to eat foods high in fiber on a regular basis.

Most people don’t get enough fiber in their diets, but it’s easy to add more fiber to your daily routine. One of the easiest ways is to eat more whole grains like quinoa and oats (and also beans). If you’re not sure where to start, try swapping out processed foods for whole-grain versions of bread, pasta, and cereals.

Good sources include beans (lima beans, chickpeas), whole grains (oats), seeds/nuts/legumes (almonds), and low-fat dairy products like yogurt or kefir which also contain probiotics that are not found in most other dairy products.

Avoid processed foods as much as possible as they have been shown to have adverse effects on the gut flora balance due to their sugar content which feeds bad bacteria more than good bacteria.

The human microbiome is made up of trillions of different bacteria that live in the gut and have profound effects on our health. As research progresses, probiotics might gain a more prominent role in preventing disease.

Probiotics are widely touted as a way to improve digestion and maintain a healthy immune system. They’re found in many supplements, yogurts, and other food products.

For example, if you have digestive issues that haven’t responded well to other treatments, consider taking probiotic supplements or eating foods with live cultures (like yogurt). And if you’re concerned about keeping your gut healthy, these tips may just be enough motivation for you to start making changes today!

Postbiotics (aka prebiotics) are the food that probiotics eat. They’re non-digestible fibers that pass through your gut and get fermented by the beneficial bacteria in there. For example, when you eat garlic or bananas, the bacteria in your gut break down certain compounds from these foods into beneficial compounds for us.